Eagle Title, the Annapolis-based Title Company, is pleased to announce the acceptance of the FNF Summit Award, an award recognizing the Top 2% of all FNF Agents nationally.

Brad Walsh, Eagle Title President, and Terry Liff, Executive Vice President, accepted the award on behalf of the Eagle Title team. “Our 50-strong team is committed to exceptional settlement experiences. This award from FNF recognizes their hard work and dedication to each settlement. We’re thrilled to be named among the top 2% of the FNF portfolio of clients,” said Walsh.

Fidelity National Financial (NYSE: FNF) is the nation’s largest group of title companies and underwriters in the country and, collectively issues more title insurance policies than anyone else in the United States. 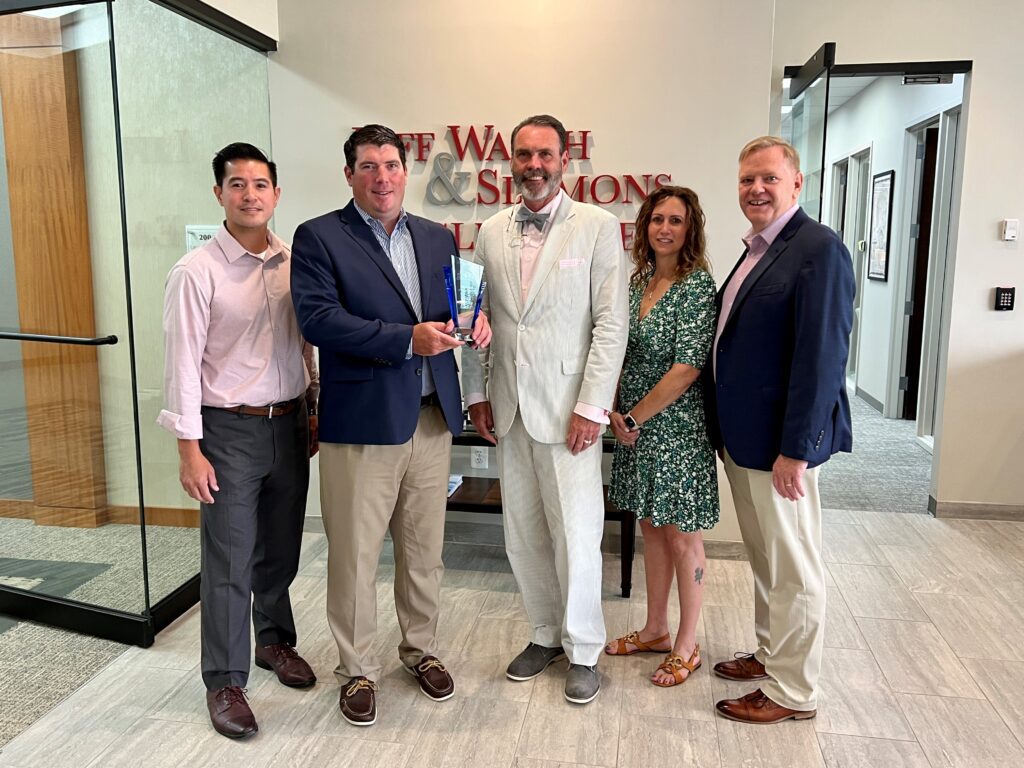 Erin McNaboe is Director of Marketing for Eagle Title. Erin holds a master's degree in digital marketing from the University of Alabama's Manderson School of Business and a bachelor's degree in marketing management from Virginia Tech's Pamplin College of Business. She currently serves on Virginia Tech's Marketing Advisory Board and is a fundraising angler on the Reel Counsel team for Fish For a Cure.